As well as launching language websites and giving introductions to films, French at Stirling colleagues and students have been up to all sorts of French-related activities over recent weeks. More on some of these will doubtless follow in due course but, by way of a quick overview…

Anyone with an interest in contemporary French politics and society should look out for Fiona Barclay’s article ‘French citizenship campaigners may find acceptance depends on far more than official papers’ published online in The Conversation in early October. Fiona also gave a talk at the Alliance française in Glasgow on 5th November about the French settlers of Algeria which included a local pied-noir amongst the attendees.

Fiona and Beatrice’s Ivey’s MOOC ‘Remembering Empire’ is coming to the end of its first run with around 350 people registered at the last count. The MOOC will be left open for new participants to join and will remain live until April so it’s not too late to sign up!

Next week will see a fine Stirling contingent giving papers on a wide range of topics at the annual Society for French Postcolonial Studies conference in London. This year’s conference theme is ‘Postcolonial Realms of Memory in the Francophone World.’ Fiona and Beatrice are both giving papers as part of a panel on ‘Memories of Algeria’, along with Susan Ireland of Grinnell College. Fiona’s paper is on ‘Fraternity in French Algeria: (post-)colonial conceptions of republican citizenry’, while Beatrice will be talking about ‘Ahmed Kalouaz, Childhood and Colonial Memory in Ecriture Jeunesse.’ Fraser McQueen is the third member of the Stirling cohort, with his paper on ‘Memories of Empire in France’s Literary Grands Remplacements.’

Hannah Grayson has two co-edited volumes that have come out over the past few months: Rwanda since 1994: Stories of Change published by Liverpool University Press and After the Genocide in Rwanda: Testimonies of Violence, Change and Reconciliation with IB Tauris. And to return to the online publication The Conversation, our French and Translation colleague, Aedín ní Loingsigh is one of the co-authors of this fantastic article on bilingualism and dementia: ‘Bilingualism and dementia: how some patients lose their second language and rediscover their first.’ Aedín’s co-authors are Ingeborg Birnie (Strathclyde), Thomas Bak (Edinburgh) and our former Stirling colleague, David Murphy (Strathclyde).

It has been a hectic first half of semester so there’s been a bit of a lull on the blog but we’re now halfway through our mid-semester break and there’s a little bit more time to catch up with the backlog so, with apologies to the very kind and patient contributors, let’s go! First up, we have a post by Laura, who graduated in French and Spanish in 2015 and who has just completed a Masters at Glasgow, focusing on Translation Studies:

‘Well, it’s been an intense and really quick year, and I think studying for a Masters in Translation Studies has had something to do with it. As I have the chance to stop and look back at everything that’s just happened, I realise I wouldn’t have been doing all this if it wasn’t for the amazing experiences I had during my undergraduate course at Stirling. After all, it was thanks to my time there that I was encouraged to keep learning and practising languages. Here are the different things that inspired me… 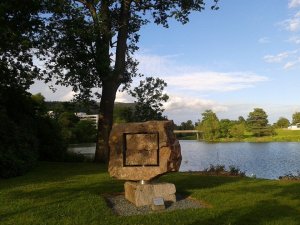 The speaking practice I had in Langage Parlé encouraged me to want to keep practising. And if grammar hadn’t been made so interesting in classes, I would probably remember a lot less today. In the final year, we did a fair bit of translating, including newspaper articles – I always did quite well at it, so it made me realise I could take this area of language study further. Then, after having positive experiences of learning French and Spanish, I thought I would try my hand at something new for my postgraduate, and ended up doing Beginners Chinese as an option module. Tricky, but definitely worth it! 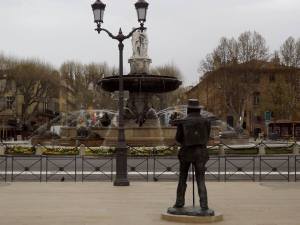 My semester abroad in Aix-en-Provence, France and year as a language assistant at a primary school in Spain also played a huge part in my decisions. This was where I really got to put language skills to use beyond the classroom (despite often being in classrooms), and have the chance to live everyday life in other countries. I met lovely people from all over the world and had lots of fun visiting new places, and going to many a cultural event. How could I not want to keep using different languages?

I have lots of great memories with friends I made while studying at Stirling, and it’s always nice to catch up and reminisce with those I still keep in touch with. We’re all doing different things, ranging from teaching to working with animals, but our studies and time spent at Stirling led us to the paths we’re on, whether the influence is obvious or not. Two of my friends at Glasgow had actually studied at Stirling as well, but had been in a different year from me before, so that was a nice surprise and something extra in common.

I previously wrote a review on a Celtic Connections concert for French at Stirling. Then after graduating, I ended up e-mailing the festival to see if there were any opportunities to use language skills. As a result, I volunteered there and got to do Spanish speaking for a band from Galicia. Also, as part of my Masters dissertation (which I was delighted to hand in!) I translated articles from a Spanish music magazine, so was able to use my passion for music when translating. I think writing the review made me think a bit more about how I could combine languages with music, and I’m so pleased that I’ve been able to achieve that.

It’s been an amazing and worthwhile experience doing a Masters at Glasgow, providing me with an ideal mix of theory and practice. But my time at Stirling will always be special to me, from the scenery and the loch, to the super language department. Now, enough nostalgia – it’s time to look to the future and see what lies ahead … I would love to keep translating, and I am considering working freelance as well as part-time in a wonderful library. My dream would be to keep mixing languages with music, and do translation for events or media. I’ve helped out with Havana/Glasgow Film Festival for a few years, so I know that I enjoy working with festivals. And finally, even though I focussed on Spanish to English translation, I’d love to keep up my French (bien sûr!) and translate out of that too.

And merci to Laura, too, for this great post and all our good wishes for the future – keep us posted!

The programme for this year’s fantastic Africa in Motion film festival (founded by Lizelle Bisschoff, one of our former PhD students) has just been launched and looks as diverse and interesting as ever.

This year, there’s a programme of films in both Edinburgh and in Glasgow, and Stirling will be hosting a masterclass by Rwandan film-maker Eric Kabera at the MacRobert on Wed 5 November. As well as films from Senegal, South Africa, Angola, Burkina Faso and many other countries, the festival’s programme includes an exhibition of classic African film posters, an African storytelling event (both at Edinburgh’s Filmhouse), and an exhibition of posters and graphic art by South African designer/illustrator/photographer/art director, Modise BlackDice at Summerhall in Edinburgh. Check out the programme here.

You might also be interested in David Murphy and Lizelle Bisschoff’s edited collection Africa’s Lost Classics which will get its official launch at the festival and which our honorary graduate Mark Cousins has described as ‘a winning product of the centrifugal imagination’.

Tom Conley, Abbot Lawrence Lowell Professor of Visual and Environmental Studies and of Romance Languages and Literatures at Harvard University, will be visiting Stirling in Spring 2015 as the Inaugural Visiting Fellow of the Society for French Studies. He will first give the annual Malcolm Bowie Lecture at the IMLR in London before giving a guest SFS lecture at the University Stirling where he will also lead a postgraduate workshop.

Professor Conley’s work engages with literary and visual culture from the early modern to the contemporary period and his many publications include Cartographic Cinema (University of Minnesota Press, 2007), and The Self-Made Map: Cartographic Writing in Early Modern France (University of Minnesota Press, 1996). His workshops during the Fellowship will focus in particular on cartography and translation.

More details of dates and venues for his Prof. Conley’s lectures and workshops closer to the time.

Bonjour! Hello! And welcome to French at Stirling!

This blog aims to create a space for news about life and events on the French programme at Stirling University, as well as to give those of us who teach on the programme a chance to say a bit more about our own research and teaching.

French sits within the Division of Literature and Languages, alongside Spanish and Latin American Studies, Religion, Global Cinema, English Studies, Publishing Studies and Creative Writing. At undergraduate level, our students can either opt for Single Honours French or can combine French with a range of other subjects from History to Management via Education, Politics, Philosophy and much more besides. We also contribute to a variety of postgraduate teaching on our MRes Humanities, MLitt in Film Studies, taught MRes in Translation Studies and MSc in Translation with TESOL, and we have PhD students working on topics as diverse as the sociolinguistics of French and Belgian rap music and Moroccan urban cinema.

The blog is very much a ‘work in progress’ and any questions or suggestions for items we might include can be sent to Cristina Johnston (cristina.johnston@stir.ac.uk).