As promised, more updates here on what French at Stirling colleagues have been up to since teaching ended in the Spring. And this time, it’s a chance to catch up with what Emeline Morin, Lecturer in French, has been doing, starting with a paper entitled ‘(Un)veiling the sordid: metamorphosis in Marie Darrieussecq’s and Marcela Iacub’s Pig Tales’ that Emeline gave at the University of Glasgow back in May, part of their ‘Glasgow International Fantasy Conversations. Mapping the Mythosphere.’

In June, Emeline was then at the University of Southampton for a one-day conference organised by the ‘South, West, and Wales Gender Cluster.’ The conference was called ‘Marginalised Networks: Locating Queer and Gendered (Trans)national Connections’ and Emeline’s paper was called ‘Bridegroom tales and forced marriages: Francophone and Anglophone feminist fairy tales through time.’ And in August, Emeline went to Durham University for the ‘Consent: Histories, Representations, and Frameworks for the Future’ conference where she gave a paper entitled ‘Sexuality, Marriage, and Consent in Fairy Tales: the Value of Rewriting Stories’ that examined issues of consent in tales such as ‘The Sleeping Beauty’.

Finally, on the conference front, just last week (and evidence of the many and varied directions French and Francophone Studies can take you in!) Emeline spoke at the Royal Geography Society-IBG Annual International Conference in London, co-delivering a paper that she’d co-written with her friend and colleague Dr. Rachel Hunt (a lecturer in geo-humanities at Edinburgh Uni). The paper was called ‘The Bothy: a Scottish mythopoeia,’ and they discussed how cultural myths around Scotland impact real landscape and places such as bothies. 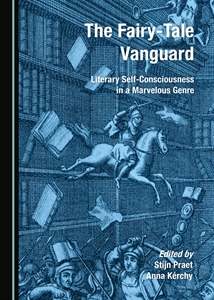 And alongside all these conference papers, Emeline has also had a chapter published in Stijn Praet and Anna Kérchy’s edited collection The Fairy-Tale Vanguard: The Literary Self-Consciousness of a Marvelous Genre, entitled ‘Cartesian Wit and American Fantasy: A Comparative Study of Eric Chevillard’s The Brave Little Tailor (2003) and Robert Coover’s Briar Rose (1996).’

And finally, as promised, in this little flurry, something more research-centred with news of publications, conferences and talks from our colleague Bill Marshall who’ll be retiring at the end of August.

Bill’s Cinéma-monde conference at Stirling in May was a great success. As well as including papers covering everything from Franco-Romanian cinema to the films of Rachid Bouchareb via discussions of the subtitling of banlieue cinema and the role of remakes, the two-day conference also featured two film screenings. Chloé Leriche’s 2016 work Avant les rues was screened as the conference opener and Bashir Bensaddek’s Montréal la blanche (also from 2016) brought the conference to a close. Both directors were in Stirling for discussions around their films. 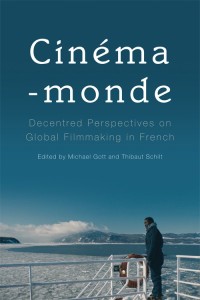 And as if all that wasn’t enough, the middle evening of the conference also included a celebration for the launch of two great new books: Michael Gott and Thibaut Schilt’s edited collection Decentred Perspectives on Global Filmmaking in French and Stephanie Hemelryk Donald’s There’s No Place Like Home: The Migrant Child in World Cinema. 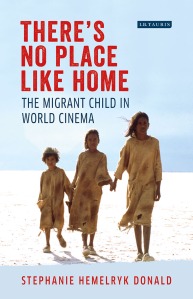 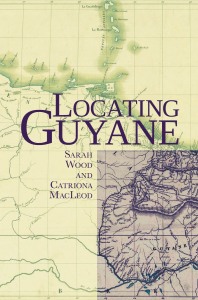 And as well as organising that particular conference, Bill has also given a lecture entitled ‘Canadian Cinema: Between the National and the Global’ as part of the Edinburgh International Film Festival’s ‘Focus on Canada’ strand and his chapter ‘Equality and Difference: Queering Guyane?’ is just out in Locating Guyane, edited by Sarah Wood and Catriona MacLeod.

It’s going to be very strange to start our new academic year without Bill but we’re hoping he’ll continue to keep us posted on his plans and projects (and travels…) over the months and years ahead! And, of course, we wish him a very, very happy retirement!